What is a scripting language?

Have you ever stumbled upon job offers where companies are looking for “coders” or “scripters”? Every time I see those, I ask myself: what is the difference exactly? How can “scripting” or “coding” be different from programming? Is there even a difference? I could keep listing questions, but I am sure you get my point. With this in mind, I got asked a few times why I am using the term “scripting language” and “programming language” interchangeably, since they represent different concepts. But wait, are they or are they not the same thing? In order to answer this question, we are going to explore what academia has to say about it and combine it with the perspective of a game programmer. Now, what is a scripting language according to academia?

What is a scripting language?

Ousterhout’s explanation aligns with how the game industry looks at scripting languages, where an SL is defined as a programming language which primary purpose is to permit to control and customize the behavior of the underlaying application (game/game engine). Therefore an SL is a high-level programming language implemented in a lower level language, which exposes most of the application (game engine) features to the developer [9, pp. 954-955].

What is a system programming language?

System programming languages are designed to construct data structures and algorithms from scratch to represent an application. C or Rust are great examples for such languages, since they can be used to construct all possible sorts of data structures due to the fact that essentially, they are a composition of primitive building blocks. Therefore, system programming languages are usually very low level and can represent the most primitive computer elements: words of memory [1]. Moreover, Ousterhout characterizes them as being typed and principally compiled. At the same time, scripting languages are mainly dynamic typed or untyped, and interpreted. [1]

What is an interpreted language?

Interpreted languages differ from compiled languages in that they are not compiled from one language into another language. Compiled languages are in general directly executed on the CPU [4, pp. 1–23]. On the other hand, Linda Torczon & Keith Cooper define an interpreter as a system that “takes as input an executable specification and processes as output the result of executing the specification” [4, p. 3]. Moreover, Linda Torczon & Keith Cooper state that some languages such as Java or Lua use a hybrid approach[4, pp. 1–23]. They compile their source input to a bytecode representation which then gets interpreted by an interpreter, commonly called virtual machine (VM). This mixed-method (also called hybrid method) combines the best of both worlds and can be found in many modern scripting languages [4, pp. 1–23] ,[5, pp. 155–179].

Hybrid languages are interesting for the game industry since the game industry is pushes computer hardware to its limits to reach maximum performance. This hunt after performance leads to extreme code optimization to keep up with the competition [5, pp. 155–179]. The need for high performance is one of the reasons why languages that are using a mixed-method (hybrid language), such as Lua, are more often used than others.

What are hybrid languages?

The hybrid method should not be confused with two of the commonly used compilation methods: just in time compilation (JIT) and ahead of time (AOT) compilation. System programming languages are using AOT compilation while most interpreted languages (such as scripting languages) are often using either JIT or AOT. When compiling with AOT, everything gets compiled before running any function and is therefore known to the program. This also means that if something changes, the entire file needs to be recompiled. JIT, on the other hand, means that functions are compiled on demand, i.e. when they are run first. This reduces the load times of an executable [8]. Lua, for example, supports both: standard Lua is AOT while LuaJit is as the name suggested, a JIT Compiler. Therefore AOT and JIT are different methods of compiling code rather than a classification of different methods of language interpretation.

Out of multiple reasons, it is important to know the kind of compilation method a language supports. First, the game industry tries to get the maximum out of the hardware [5, pp. 155–179], which means that performance is very important, as previously mentioned. Looking at AOT and JIT compilation methods, JIT seems appealing since it might reduce the loading times [8]. The problem is that JIT compilation might not work on all platforms the game is shipping on. Some specific platforms such as game consoles might forbid this technique in their technical requirement checklist (TRC). Therefore, compiling everything in advance might be preferred for such platforms. On the other hand, AOT compilation can also enable transpiling, the possibilities to compile to native code or just to C or C++ code that in return can be compiled. The factors if a language is compiling AOT or JIT are important for choosing the right language to solve a problem.

What does it mean if a Scripting Language is a “extension language”?

Extension languages are used to extend the host application with extra functionality [14]. The ability to extend the host program requires customization points within the language itself. These customization points enable the host program to provide custom actions within the embedded language. For this reason, extension languages provide next to their own syntax an application program interface (API), which the host application can use to interact with the embedded language [14,15].

The ability to extend the language based on the requirements of the game is important since every game has different requirements. Game engines might want to expose certain functionality to the scripting runtime to empower the scripting environment to communicate to the world created in a higher-level language [9, pp. 954-955]. Lua is a great example for that – on its own, Lua is rather “simple” but once extended, and with its all functionality being exposed from the engine/game to the scripting environment, the language can become extremely powerful and flexible. 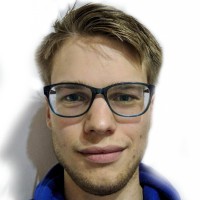